Let Tirso Cruz III and Christopher De Leon Dance the night away with you live in Cerritos California on December 9 at 7PM with Dinner.

Enjoy the festive evening with the famous and talented duo of Cinema and Music:

Actor who became known as one of the Philippine film industry’s brightest stars over the course of his illustrious, multi-decade career. He has won awards for his acting in many films, including Bilangin Ang Bituin Sa Langit (1989), The Debut (2000) and Honor Thy Father (2015).

Christopher de Leon is a Filipino film actor and politician. De Leon appeared on the gag show Goin’ Bananas and has appeared in over 120 films since the early 1970s. 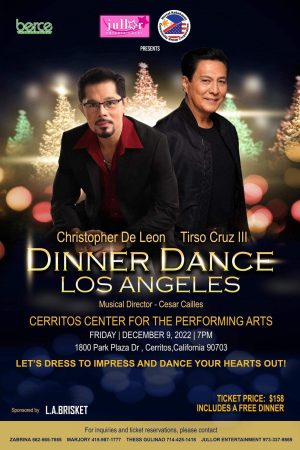 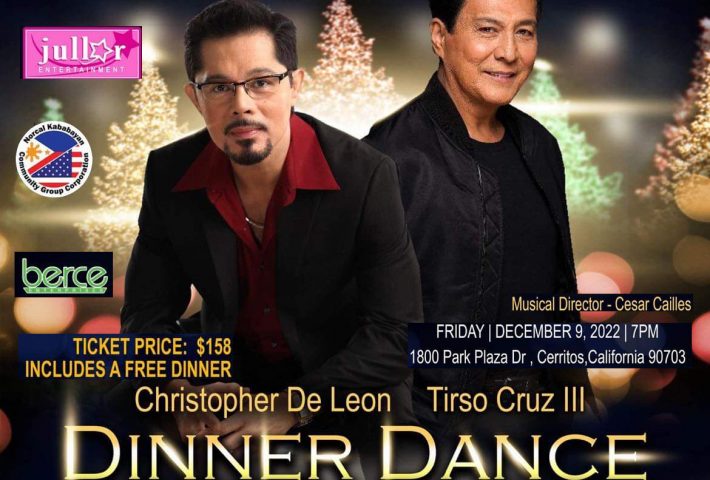